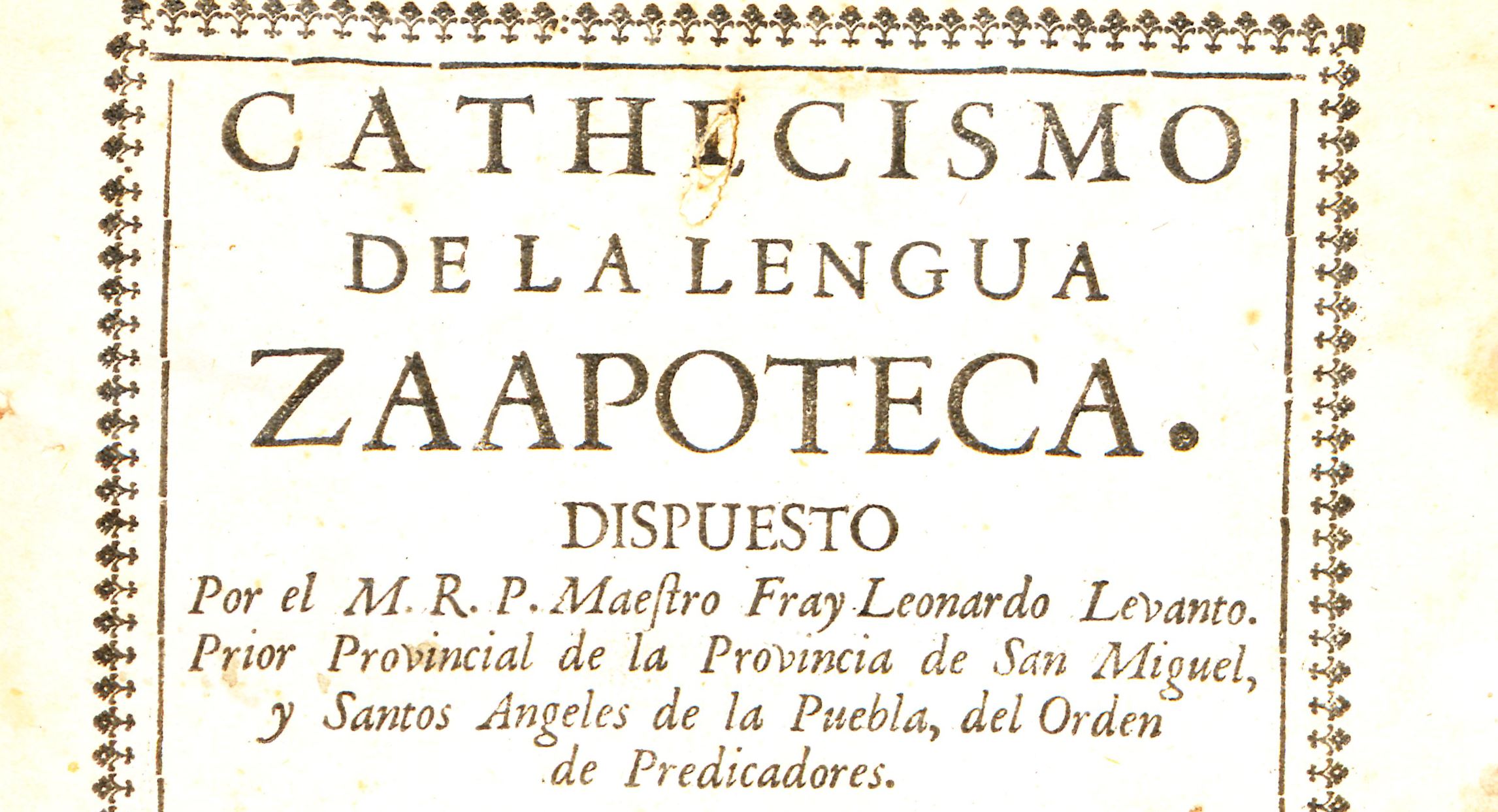 The Cathecismo is a religious text published in 1766. It was authored by Leonardo Levanto, a Spanish priest in the Dominican order; however, like other Zapotec texts produced under the auspices of the Catholic church, it was likely prepared with the help of unnamed native speakers of Zapotec. Little is known about these speakers, what variety of Zapotec they spoke, or where they lived.

Levanto’s Cathecismo is divided into three sections. First is the Cathecismo itself, a statement of Catholic doctrine, which includes lists of beliefs (such as the Ten Commandments) and prayers (such as the Our Father and the Hail Mary). This section is written almost entirely in Zapotec. The second section is the Explicacion, which explains the Catholic doctrine using a series of questions and answers; this section has a column of Spanish text on the left and Zapotec on the right. The third and final section of Levanto’s Cathecismo is the Mysterios, a series of fifteen songs describing the Mysteries of the Rosary. Levanto attributes authorship of these songs, intended to be sung at church services, to another Dominican priest, Jacinto Vilches. The Mysterios are written entirely in Zapotec, and they are the earliest documented example of Zapotec rhyming poetry.